There is ample evidence that training alone often fails to directly influence the implementation of evidence-based practices with fidelity (Artman-Meeker, Fettig, Barton, Penney, and Zeng, 2015; Bransford, Brown, and Cocking, 2000; Joyce and Showers, 2002). Coaching is a promising professional development strategy that can be used to support the implementation fidelity of evidence-based practices by early childhood educators and early interventionists. This document describes the use of practice-based coaching that was developed from the literature on effective coaching elements and has been used with classroom teachers and early intervention personnel (National Center on Quality Teaching and Learning, 2012; Snyder, Hemmeter, and Fox, 2015).

What is Practice-Based Coaching? 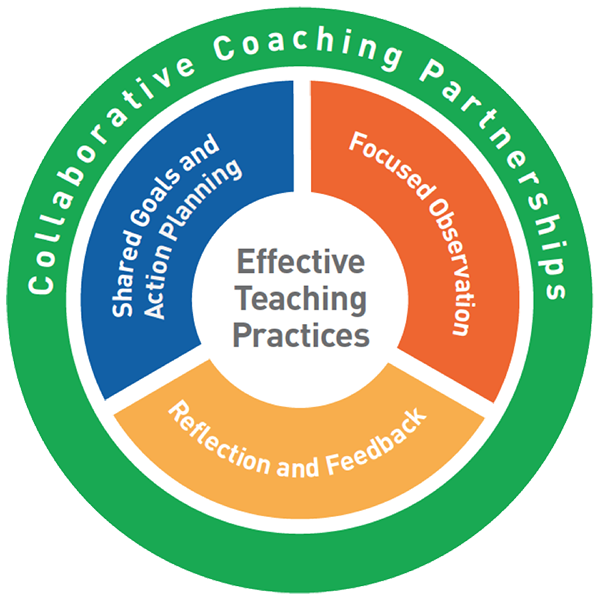 How is Practice-Based Coaching delivered?

Practice-based coaching can be delivered in a variety of formats. Coaching can be delivered by an expert, another practitioner in a similar role (i.e., reciprocal peer coaching), or by using self-guided materials. In addition, coaching can be provided live or using video and distance technologies. Practice-based coaching could also be implemented with a hybrid of these approaches (e.g., live observation to begin the process followed by distance coaching that uses video). Another option for coaching is the use of group coaching arrangements (Fettig and Artman-Meeker, 2016).

In the Early Childhood Technical Assistance (ECTA) Center, we trained and mentored coaches to guide the implementation of Division for Early Childhood (DEC) Recommended Practices by early childhood and early childhood special educators with a focus on increasing child engagement in learning opportunities and the achievement of positive outcomes. We also trained and mentored coaches to guide home visitors in their use of DEC Recommended Practices as they guided families in their promotion of child learning and positive outcomes.

The following ECTA resources can be used in the implementation of practice-based coaching: