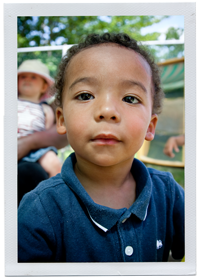 National Early Intervention Longitudinal Study (NEILS) data show the characteristics of children in EI compared to the general population. State-reported data (under Section 618 of IDEA) show substantial state variation in percentage of population served that is not just a function of the state definition.

This webinar explores the finding that current eligibility definitions used by states and jurisdictions make many more children likely to be Part C eligible than the system serves. It is important for states to adopt definitions that are clear, reliable and which make eligible only the children the state intends to serve.

Informed opinion should be used when conventional testing is inappropriate or fails to determine eligibility as needed. This webinar provides an operational definition and step-by-step methodology to guide professionals and parents in producing reliable, valid, sensible, and useful decisions using their informed opinions.

This webinar describes the procedures for developing guidelines for simplifying eligibility determination for participation in Part C early intervention.